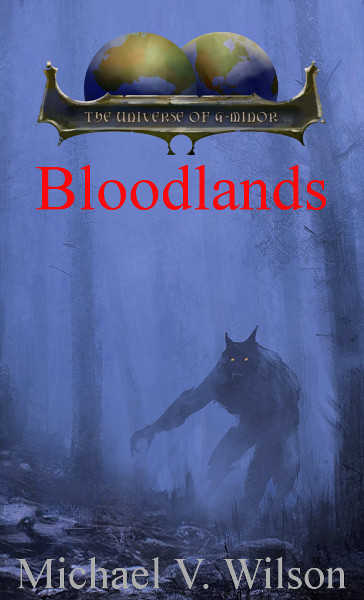 Torvus Vald, pledged soldier to Prince Jeffery of Ingold, was flattened by the fireball that destroyed the king’s carriage and the king with it. He lay in the snow, uncomprehending, stunned by the blast. One moment they’d been preparing to arrest an errant group of adventurers who’d disobeyed King Roderick’s orders not to visit Mount Coldfire, which was swarming with giants, and the next, a group of warriors and wizards had appeared out of nowhere attacking everyone in sight. One of the wizards, wielding a staff, had unleashed a fiery streak from his staff that hit the king’s carriage and blasted it to pieces, along with the king.

Torvus shook his head to clear the ringing in his ears. He raised himself up on his elbows as he heard Jeffery crying out, “To me! To me! Long live King Jeffery!” On the other side of the flaming ruins of the carriage he heard Alaric crying out the same thing for himself. His snapping black eyes narrowed with resigned fury and frustration.

Roderick’s refusal to name an heir had guaranteed this would happen eventually. Everyone had been saying it for years, if he waited too long to name one of the twin brothers to succeed him on the throne, the streets of Robling would run red with blood the day he died. He had waited too long and now it was starting.

Torvus lurched to his feet. He brushed jet black hair out of his eyes and scanned the battlefield the street had suddenly become. Alaric and Jeffery’s men were fighting a pitched battle with each other, but the adventurers, instead of using the carnage to cover their escape, had turned on the group of wizards and warriors who’d appeared out of thin air to slay the king. He paused uncertainly. Roderick had been threatening to hang the adventurers for disobeying him so why were they intent on avenging his death? One of the adventurers, a barbarian wielding two swords was fighting one of the mysterious swordsmen who also had two swords, their blades moving so fast and furiously they were barely visible in the winter sunlight.

Torvus felt a simultaneous surge of admiration and fear for their swordsmanship. He was considered an above-average swordsman himself but he knew he’d be hopelessly outclassed if he ever had to face either of those two at sword point. Even as he watched, one of the swordsman’s swords broke under their furious blows and the barbarian slide his two blades into his chest. The barbarian held the man in place with one sword and used the other to decapitate his enemy. A green gem on a gold chain flew through the air at the killing stroke.

As the gem flew through the air, it flashed a faint pulse that spread out faster than the eye could follow. As the pulse touched each person who’d come with the swordsman, there was a corresponding flash, as of something breaking free. Torvus saw warriors and wizards alike leap back from their opponents to stare around them in confusion, then with an expression of dawning triumph. “We’re free!” one of them shouted above the battle between Alaric and Jeffery’s men. The rest of them took up the shout, then fled in every direction away from the battle raging in the street.

The wizard who’d killed the king was running his way. Torvus felt his lips stretch thin across his teeth in a snarl. He didn’t know what was going on with the green gem and all the men the pulse from it touched, but this man had assassinated the king and he was going to pay for it. He hefted his sword, then for good measure pulled his silver dagger. He’d once heard the only way to kill a wizard was with a silver blade so he’d saved his money until he could get one. He was beginning to suspect he’d been the butt of a joke but right now he was glad to have it in case the story turned out to be true.

“Murderer!” he shouted, pointing at the wizard with his sword.

The wizard, a grim man with a full beard, waved a hand at him without breaking stride. “Begone!”

There was a flash of light and Torvus felt himself whooshing through the air faster than thought, leaving the sunrise behind. In the blink of an eye vast mountain ranges hurtled beneath him until he dropped to the forest floor, rolling across the ground until he fetched up with a hollow thump against a rotting log.

He lay stunned for a moment, looking up a nighttime sky through mist shrouded trees. Far off to the east, the sky was barely beginning to show the first signs of early morning light. He sat up, staring around in shock.

He was in a thick forest of ancient trees, their branches reaching to the sky. The ground sloped up to a distant peak so he knew he was in one of the many mountain ranges on Gaia, but which one? There was snow on the ground, about a span deep in places, coating the trees and underbrush. Swirling fog floated above the ground. As he levered himself to his feet he discovered it only reached waist high. From there it thinned out rapidly, becoming little more than a faint mist. His breath frosted as he took in his surroundings, disappearing in the mist.

He frowned. Fog and mist? In the snow?

He’d grown up in the mountain kingdom of Ingold, famous for it’s many gold mines, where snow was a common occurrence every winter but he didn’t recall ever seeing it accompanied by fog. When it was cold enough for snow, any fog would crystallize and turn into snow or ice. He looked back and forth, turning slowly. How could there be fog and mist when it was cold enough for snow?

His left shoulder ached where he’d bumped it against the log and he windmilled it to work out the soreness. He was tall and lean, a youth of barely 40, but he’d been in enough battles to earn the right to grow a mustache and short beard, both as black as the hair on his head. His adoptive parents, and their parents before them, had lived in service to the king all their lives, it was expected of him and his step-brothers and step-sisters to do the same. He was the only one to become a soldier though. The rest, born after him, were bakers and cooks, carpenters and seamstresses, all honorable work. He’d been preparing to follow his step-father as a carpenter when a lieutenant from the king’s men saw him playing at sword fighting with his friends using wooden poles and decided there was a future for him in the army. It was exciting and rewarding and he’d never regretted his decision to become a soldier.

Now he was thousands of leagues from nowhere in the middle of a strange forest at night. He glanced down. Where were his weapons?

He bent down, searching frantically. He had a brief memory of rolling across the ground before hitting the log. He backtracked as best he could, running his hands across the ground. The fog and darkness defeated him though and he only found his sword when he stepped on it. He grabbed it with a surge of relief, then found his dagger a few spans away. He straightened up, a blade in each hand.

As he stood up he felt a sense of being watched.

He spun around, crouching, weapons at the ready, eyes searching the darkness. There was someone watching him. He knew it. Was it orcs? Robbers? Wolves? A trickle of fear ran down his spine at the endless possibilities. He cursed the darkness that made it so hard to see, he cursed the fog that made it worse, and for good measure he cursed the king-killing wizard who’d done this to him.

He heard something and turned just in time to see a huge, furry something hurtling at him. He had just enough time to see red eyes, fangs, and claws before it hit him with unstoppable power. He flew backward through the air with the beast on top of him. He landed hard on his back and screamed as teeth bit down on his arm. At the same time he felt rather then heard, a deep moan of pain from above. The creature roared in agony and began thrashing around aimlessly.

Torvus pushed at the thing’s heavy bulk until it toppled off him. He lurched to his feet, scrambling through the snow and leaves to find his sword, dignity long forgotten in the drive to stay alive. He found it and turned to fight, breathing hard, blood running down his left forearm where it bit him.

He stopped at the sight before him.

Squirming on the ground was a man-shaped figure, completely covered in hair. It had wolf-like feet, clawed hands, and a wolf-like head with ears. Stuck in the middle of it’s chest was his dagger, the blade buried to the hilt. He must have stabbed it when it bit him.

Smoke was rising up from the buried blade as if it was burning the creature from the inside out. He stumbled backwards from it. What in the world?

The creature fixed red eyes on him, no longer filled with anger. It’s mouth moved as if it was struggling to speak. “Than . . . thank you,” it said.

He shook his head in confusion. He held out his sword in case of trickery as he edged closer. “Why are you thanking me?”

It was too late though. The creature’s chest slowly sank as it exhaled a final time. The eyes went blank and the tremors in the body ceased.

Torvus straightened up, sword dangling by his side. He looked at it then at his dagger. The silver in the blade must have been what killed the monster. He sheathed his sword and reached cautiously for the dagger, ready to jump back in case it was only feigning death.

Before his hand could touch the hilt, the body before him started changing. The hair melted away, leaving smooth human skin behind. The wolf feet changed to those of a man and the claws on the hands vanished as well. The wolf head altered as well, revealing the features of a man only a few years older than him. Within seconds the monster was gone, leaving a naked man in its place.

Torvus grabbed the dagger and jumped back, his heart pounding in his chest.

He looked around. The fog shrouded snowy forest suddenly made sense. There was only one place in the world where all these things came together, a place of myth and legend, death and horror. The dead man at his feet confirmed it.

He was in the Bloodlands, home of the werewolves!