There was a big blur in front of him. It moved and made some noises at him. “Wah wah wa wanh whah.”

He blinked and tried to focus. It wasn’t quite so blurry now, and one of the noises sounded like ‘Kor’.

He blinked again and his vision finally cleared. Prauf was sitting in a chair beside the bunk in his cabin on the Whimsy.

Prauf sighed. “I said, how are you feeling?”

Kor groaned feebly. “Like I lost a fight with a Wookiee.”

Prauf studied him seriously for a moment then shook his head. “Nah. You don’t look that bad.” He leaned back conversationally. “There was this guy back on Uwei one time –”

Kor waved a hand to stop him. “I’ll take your word for it.” A stray memory came back. “Did I tell you I hated you?”

Prauf grinned from ear to ear. “Yeah, you seemed upset that I wasn’t injured.”

He cautiously levered himself up in bed. Every muscle in his body screamed in protest. “Uhn,” he grunted in pain. “Wow.” He paused to rest for a moment. “I’m sore all over.”

Prauf’s smile died away. “Yeah. You were right on the edge of the total kill zone. A few feet closer and you’d have been dead. As it is, you’ve been out cold for three days.”

He finished sitting up. Prauf plumped up some pillows behind him. “Thanks.” He looked around. He could feel that they were in space but not hyperspace. “Where are we?”

Prauf looked worried. “We’re on our starship, the Whimsy. This is your –”

“Oh.” He was relieved. “After I got you back on board, I boosted into orbit then took us into hyperspace several times for a few seconds each time in a random direction to throw off any pursuit. Then, after I got you fixed up, I went through that dead Jedi’s stuff until I found the coordinates for the planet where he found the Jedi library and took us there.” He gestured at the floor. “We’re orbiting over it now.”

He pushed the covers back and swung his feet over the edge, moving like an old man. He felt like an old man. Prauf helped him to his feet. “Are you sure you want to do this? I mean, maybe you do look like you lost a fight with a Wookiee.”

Kor laughed weakly. “I hate you.”

Prauf laughed heartily. “Back at ya, kid.”

Kor shook off Prauf’s hand and shuffled a few steps toward the door on his own. “Come on, I’m starving.”

Prauf hovered over him all the way to the mess and lounge. It took him nearly two minutes to cover the short distance but it gave him a sense of accomplishment. After he finally made it, Prauf made sure he was comfortable then hurried to fix him something to eat.

While he waited, it gradually dawned on him just how close he’d come to dying and he gave himself over to the worst case of shakes he’d ever had. By the time Prauf put his food in front of him he was past the worst of it, but for a while, he’d considered never leaving the ship again.

He ate slowly, so slowly his food was cold before he was halfway through. By then he realized his body wasn’t as hungry as he’d thought. He shoved the rest of it away and told Prauf he was going to train for a little while.

“Uh, is that a good idea right now?” the big guy asked him.

“Actually, I think it’s the best possible course of action for me. I think the learning bands are programmed for stuff like this. Anyway, I’m going to just so I won’t hurt so bad for a little while,” he answered.

Prauf didn’t have an answer for that. He nodded. “Knock yourself out, kid.”

Kor chuckled feebly then winced because it hurt to laugh. He closed his eyes and moments later was in the simulation. The absence of the pain in his aching muscles was a welcome relief.

Morg’s avatar began without preamble as he always did. “The learning bands have detected extreme bodily discomfort from a battle as well as concentration problems from attempting to use the Force in two different ways at once. Which one would you like to address first?”

The scene shifted to a small room he’d never seen before. There were several weights on the floor. On the wall was a spinning disk with a hole in it. Once each revolution, the hole in the disk passed over an identical hole in the wall behind it. On a raised platform beside him were several small rods, each one just small enough to fit through the holes in the disk and the wall.

Morg stood before him. “Here is the memory of when you tried to use the Force in two different ways at once,” he said. Briefly, Kor saw himself fighting off the stormtroopers at Jhemon’s house, spinning his lightsaber and trying to maintain his gravity shield at the same time.

Oh, that’s right. I forgot about that, he thought.

“Do you remember it, now?” Morg asked.

“Good. I can’t help you with the specifics of what you went through, of course, but in many ways, it’s similar to playing a musical instrument, where each hand is doing something different in order to play the notes.” He stepped aside and indicated the weights and the spinning disk. “This exercise will help you develop the mental discipline required. Using only the Force, pick up the weights, all of which have different masses and rotate them in a circle. At the same time, using only the Force, pick up the rods and pass them through the hole in the disk when it passes over the hole in the wall so that the rod passes through both.” Morg nodded at him. “Begin.”

At first, it was hopeless. He could pick up the weights easily enough, but rotating them all in a smooth circle was difficult because they weighed different amounts and the Force needed to move each one was different. They wound up wobbling around in the air and banging into each other. Either that or he dropped them.

He had to try again and again, gritting his teeth in frustration.

Eventually, though, he learned the trick of it. But when he tried to pick up the rods and concentrate on shooting them through the holes at the exact moment they lined up with each other, he dropped the weights or slammed the rod through the wall and destroyed it.

Morg’s avatar was endlessly patient with him until finally, he was able to manage it. He wasn’t proficient by any means. It would take a lot of practice before he was, but at least he knew it was possible.

Then he found himself back in the main simulation training room.

Morg asked him, “Do you wish to address the bodily discomfort or end this session?”

He shrugged. “The bodily discomfort.” Hah!, he thought to himself. Agony was more like it but what did a machine know?

He found himself in another place, this time in a forest. Morg said, “Since the Force is generated by life, it is only natural for it, in turn, to help restore life. We Jedi can use the Force to extend our lifespans well beyond what is normal. But first, we must focus on using the Force to restore health to another living thing, then we can use it on ourselves.” Morg stepped aside. “Here you see two identical trees, one healthy and the other sickly. Infuse the sickly tree with the Force until it matches the healthy tree in every respect. Begin.”

Kor was excited about this exercise. Even though it was technically more difficult than the concentration exercise, his enthusiasm for it never waned. He kept at it, over and over again until Morg’s avatar pronounced him proficient.

The session was over and he opened his eyes. He was still sitting in the mess, his body aching from head to toe. Prauf was leaning back in a chair, head lolling to one side, snoring like a bullfrog in mating season.

Kor suppressed a groan at his aches and pains and focused on the lesson he’d learned. Slowly at first, then with increasing speed, he felt his body healing as he infused it with the Force. It took nearly three hours, but when he opened his eyes again he felt fresh as a spring daisy.

Prauf was puttering around with the dishes and he decided to surprise him. He threw off his blanket and bounced to his feet with a rebel yell. “Whoo!!”

Prauf dropped a handful of pots and pans with a noisy clatter and spun around so fast he almost fell. He saw Kor and his mouth dropped open.

Kor doubled up with laughter at his expression.

Prauf stared him, first in surprise then with growing irritation. Finally, he had enough. “I hate you,” he growled and stalked off to the cockpit. Kor laughed even harder.

Once he quit laughing, Kor cleaned up the mess in the mess, which nearly started him laughing again then went to his cabin to shower and get dressed. The clothes he’d been wearing were torn and burned. They weren’t good for anything except to be used as cleaning rags. He tossed them aside and pulled out his only other full set of clothes. We’ve got some money, he told himself. We need to find someplace where we can get some new clothes.

When he was presentable once more, he headed for the cockpit.

Prauf glanced up when he came in and sat down. “Done laughing at me?” he growled.

“Good, so tell me how you did that. You were covered in bruises from head to toe, then you go into your trance or whatever and a few hours later you look like you were never hurt at all.”

Kor gave him a condensed version of his training regime. When he was done, Prauf was staring at him thoughtfully. “Can you heal other people like that??

“Yep. Morg started me on trees because it’s easier to heal others than it is yourself.”

“What about that longer lifespan stuff?”

Kor shrugged uncomfortably. “I don’t know. Morg didn’t say anything about it. I suppose I could try. Did you have anyone in mind?”

“Me, you young idiot!” Prauf shook his head. “I’m not getting any younger and I can feel myself starting to slow down. The way things are going, one of these days it’s going to get both of us killed.” 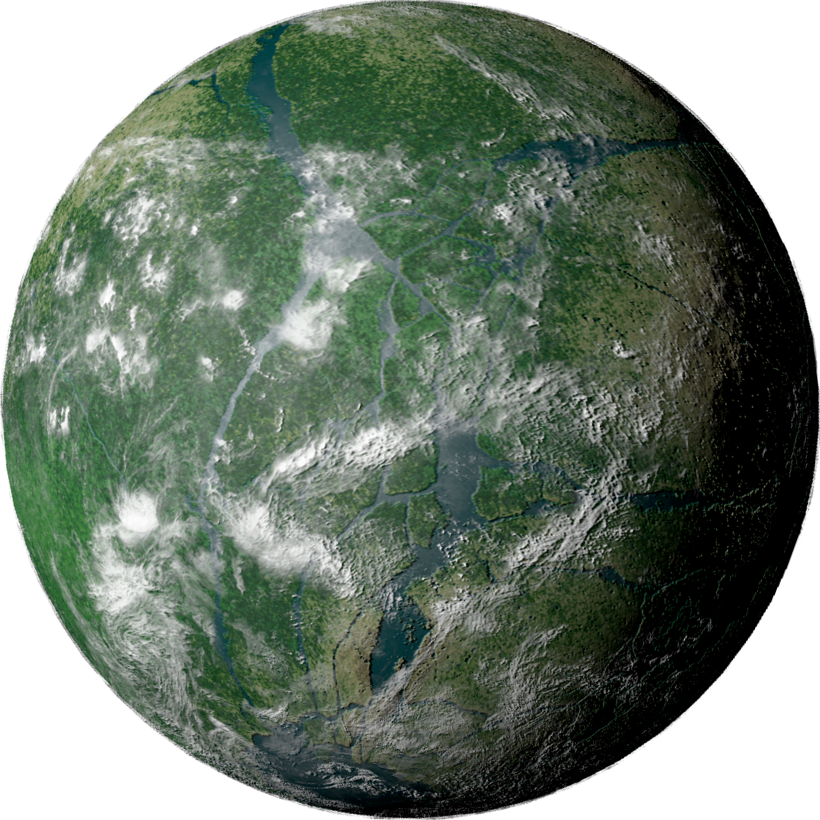 “Why not?” He gestured at the lush green planet below. “There’s a whole ocean of the Force being created down there. For a Jedi, it’s like swimming in electricity or something.” He shrugged. “I’m game if you are.”

Prauf nodded. “Okay, let’s get this show on the road.” He leaned his head back and closed his eyes. Kor leaned forward, focusing on the Force, one hand lifted toward his friend. Slowly he began infusing his body with the Force, trying to match the older cells with the younger, healthier ones.

Prauf twitched at the first sensation then lay quietly, letting him work.

After a few minutes, Kor realized it was working. His hopes lifted him like a wave in the ocean. He smiled and pressed ahead. Just like with the trees in the simulation, it went quicker on Prauf then it did on himself. In just over an hour he was done. He sat back with a satisfied smile and opened his eyes, unaware he’d shut them until he opened them.