Let's start off by admitting that Christians make poor aggressors. We’re good fighters when we’re backed into a corner defending our hearth and home, but when it comes to seeking out the enemy and tackling him on his own ground, we’re lackadaisical at best.

It’s because our goals in life, our values, and morals are antithetical to fighting. A few examples should suffice to make the point.


Even though Jesus is descended from the warrior line of David who wrote that God “teaches my hands to make war, so that my arms can bend a bow of bronze,” (Psalm 18:34), Christians are more heavily influenced by the peaceful verses of the New Testament than the warlike verses of the old one.

Christians don’t lack for bravery on the battlefield at force of arms, but in the never-ending culture war Christians – to put it bluntly – suck. Christians tuck tail and run at the first sign of trouble.

It wasn’t always that way. There was a time when muscular Christianity took on a howling wilderness and turned it into the mightiest nation in human history. We brought the Gospel to the Indians and brought victory to the better angels of our nature over our animal desires for more and now.

Prosperity changed us. We became fat, dumb, and happy.

That’s not exactly a new phenomena of course. Jesus warned us about it in the parable of the rich man who decided to build more barns for his crops so he could sit back and be at ease. God took his life that very night (Luke 12:16-20).

Part of the problem is that over the last century, slowly but surely, we’ve adopted the terminology and nomenclature used by the political Left. They divided the political world into two parts, the Left and the Right, then declared that everyone on the Right was an intolerant, racist, capitalist pig by default. They referred to themselves as the Progressives, since progress is supposedly a good thing.

Left unasked, of course, was the natural question, “Progress toward what?”

The point is, when you adopt the nomenclature of your enemy, when you use their language and let them set the terms of the debate, you’ve lost the debate before it even starts. You’re playing with a stacked deck and there’s no way to win because the very language you’re using makes the same assumptions your enemies are using to under gird their position.

Therefore, I suggest a new nomenclature for the two divisions in America; Paladins and Orcs. Let’s take them one at a time. First the good guys, the Paladins. 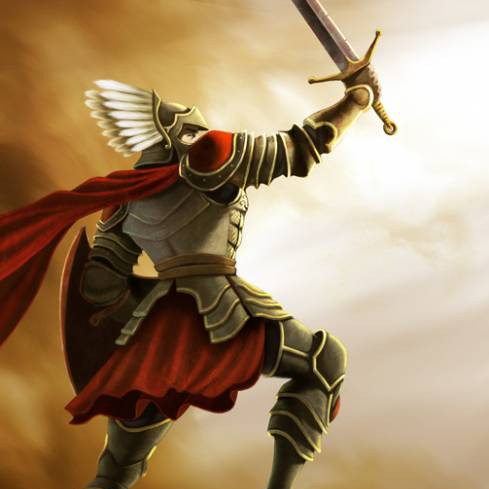 A Paladin isn’t just a knight in shining armor, although he is that as well. He is a holy warrior. He puts on the whole armor of God – the belt of truth, the breastplate of righteousness, the boots of the gospel of peace, the shield of faith, the helmet of salvation, and the sword of the Spirit, which is the word of God (Ephesians 6:14-18). He puts on actual armor and weapons as well as metaphorical ones.

A Paladin doesn’t just stand in place defending the righteous, although that’s part of it. He advances the cause of righteousness and holiness by actively seeking out and attacking the enemy in every way possible. God’s kingdom on earth will not stand unless righteous people, who God works through, get up and fight for it.

A Paladin knows that the best defense is a good offense, and so he is always on the move, never resting or retreating, always pushing against the darkness, forcing it back to the Pit where it came from. Paladins will fight fair but there will be no quarter and no mercy. 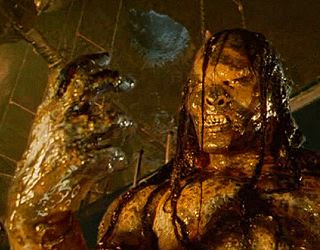 J.R.R. Tolkien wrote The Hobbit and The Lord of the Rings, in which he described a race of evil creatures known as Orcs. He also wrote a prequel to those books called, The Silmarillion, in which he related how noble Elves had been corrupted by their lust for power and became Orcs. The Orcs then turned and hated their former kinfolk with an unrivaled fury and disgust, attacking and trying to destroy them at every turn.

Democrats were once noble, God-fearing Americans just like us, but they have become corrupted by their dark lust for power and turned into modern-day Orcs. Their rage and hatred toward us has no limits and they’ll stop at nothing to destroy us.

The Orcs won’t go quietly when we Paladins move to force them back. The battle will be brutal and savage because the Orcs refuse to admit any limits on their behavior and they acknowledge no morals to keep them from fighting dirty.

It was a French “intellectual”, Jean-Paul Sartre, who coined the phrase, by any means necessary, which was then popularized by Malcolm X in a speech he gave on June 28, 1964. Since then, the Orcs have taken that phrase to heart, using lies and fake news (same thing) to create a false “narrative” destroying the lives and reputations of anyone who gets in their way.

For example: in 2012, Senator Harry Reid, stood on the floor of the Senate and lied that Mitt Romney hadn’t paid any income taxes for 10 years. Three years later, when Reid was confronted with the truth, he smiled and said, “They can call it whatever they want. Romney didn't win did he?”

The Orcs will fight dirty by any means necessary and they’re proud of it!

We can’t compromise with people like that. There’s simply no middle ground that doesn’t involve yielding some point of Scripture. Every step we take toward compromise with the Orcs is a step away from God. Remember what 2 Corinthians 6:14 says;


Do not be unequally yoked together with unbelievers. For what fellowship has righteousness with lawlessness? And what communion has light with darkness?

Compromising with the Orcs will tie us to them instead of God. Therefore, I propose the new nomenclature of Paladins and Orcs to help highlight the stark differences between us.

I’m also offering a new declaration of purpose for all Paladins. It is adapted from something Kyle Reese said in the first Terminator movie. It reads as follows:

I’m a Christian.
I can’t be reasoned with.
I can’t be bargained with.
I won’t compromise or surrender.
And I absolutely will not stop – ever – until Jesus is Lord of all!

Everything on my web site is free but if you like my writing, please consider donating. Thanks!