Mis, Dis, and Malinformation, or MDM for short, has been in the news lately, well, for many reasons actually, but mainly because the Department of Homeland Security (DHS) has decided to launch a Disinformation Governance Board, which will be run by Nina Jankowicz, a self-described “disinformation expert” who mocked Hunter Biden’s laptop as Russian disinformation.

No word on whether or not she’s changed her position and/or apologized now that it’s been verified. But enough of that.

Since then, tons of ink and/or pixals have been spilled by writers and commentators from both the Left and the Right, along with countless hours of on-air bloviating. Reaction has been consistent across the board. From the Left have come cheers. From the Right have come horror, disgust, and revulsion.

Those on the Left, preening with unearned and undeserved moral authority, have shouted that it’s about time someone put a stop to those violent extremists on the right and their obscene “conspiracy theories” about the 2020 election, Hunter Biden’s laptop, Hillary Clinton’s bathroom email server, all things COVID, “temporary” inflation, and Russia, Russia, Russia.

Those on the Right have responded in a variety of ways, with most of their emphasis on the Constitutional right to free speech and the horrors of Big Brother. Tucker Carlson is a prime example of them. Some, such at Wisconsin Sen. Ron Johnson, sent a letter (!) to DHS Secretary Alejandro Mayorkas “demanding” answers about the Disinformation Governance Board and Nina Jankowicz.

But in all the articles, news clips, and commentary I’ve seen, not once has anyone delved into the real reason to oppose the Disinformation Governance Board – morality.

The Left, no matter what else you might think of them, whatever their internal divisions, are virtually monolithic when it comes to getting things done. “The Right” however, is anything but. For several years I’ve been telling anyone who would listen that Christians, Conservatives, and Republicans can’t be lumped together on “the Right” because they have too many points of disagreement. Instead, Christians, Conservatives, and Republicans are three separate groups who sometimes overlap. 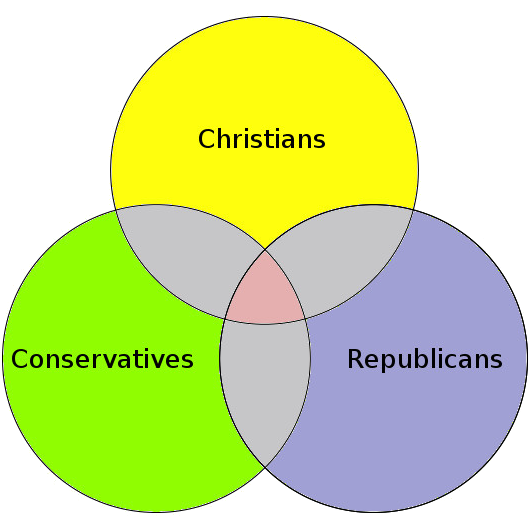 Conservatives protesting the Disinformation Governance Board cite the Constitution and how this has never ever been done in America before and it will lead to Big Brother and shades of 1984. Again, Tucker Carlson is a prime example.

Republicans protesting the same will demand answers about the structure of the Board and the scope of its operations, how much it will cost, what its powers will be, etc.

Neither of these approaches gets to the bedrock problem with the Disinformation Governance Board, a problem that Christians can see right off the bat.

It’s an immoral attack on the liberties we have in Christ.

Although DHS tries to define misinformation, disinformation, and malinformation on their web site, the simple fact is there is only one word “information” and three prefixes “mis, dis, and mal” and the definitions of each are very easy to understand.

As you can see, the definition for “information” is straightforward, objective, concrete, and unchanging. There’s no confusion about it.

However, all three prefixes carry with them a moral component. They’re judgmental in nature – bad, contempt, inadequate, etc. – and thus moralistic in both meaning and usage. They describe things that are right or wrong, good or evil. If the standard you use for defining right and wrong, good and evil is anything other than God then, those definitions will never be concrete, they’ll always be changing.

This, of course, is exactly what’s happening today. The Left’s standards for right and wrong, good and evil aren’t based on God and therefore they’re constantly changing. Feminism was once the end-all, be-all. Now, “transgender rights” trump feminism and to the Abyss with women who don’t like sharing locker rooms and showers with deluded or evil men who pretend to be one of them. Yesterday’s gold standard is tomorrow’s unforgivable sin.

Christian standards, based on the immutable Word of God, don’t change with the whims and vagaries of the seasons or popular taste. They’re the same yesterday, today, and forever, just like God because they came from God. Because they come from God, no one is exempt from them, including Christians. They’re fair and apply equally to everyone.

Conservatives and Republicans cringe from mentioning God, the Bible, or the Cross of Christ in public. Oh, they might toss in an occasional vague reference to the Ten Commandments but that’s as far as they’ll ever go. The Left brazenly claims the moral high ground and Conservatives and Republicans are afraid to call them on it and claim the true moral high ground laid out in God’s Word. They’re afraid the Left and the Mafia Media will make fun of them, and since they don’t really believe in God anyway, they don’t have any ammunition to defend themselves.

By the way, going to church once in a while so the cameras can see you doesn’t count.

The Disinformation Governance Board (I refuse to dignify it with an alphabet acronym) is a direct assault on Christian morality because it claims to have the moral authority to decide what information is bad, contemptible, or inadequate. It refuses to accede any moral authority to anyone but itself, Christians and their Bible be damned. And since the Disinformation Governance Board is part of the Department of Homeland Security, it’s only a matter of time until they start enforcing their “governance” at the point of a gun.

That’s what the Left does. When you think you have the moral high ground, and can change it as you see fit, anything you do to further it is perfectly alright.

Today’s “standing athwart history yelling stop” Conservatives and RINO Republicans will never change their stripes and there aren’t enough true Christians left to make a difference in the country any more, therefore America will inevitably descend into a dystopian dictatorship.

That means it’s time to begin seriously considering the merits of secession.

The logical place to begin is Texas, which has a history of having been a separate country for nine years before joining the Union. It has its own power grid, enough oil to be energy independent, deep water ocean ports, abundant farm and ranch land for raising all its own food, lumber, and endless bounties of other resources, both natural and man-made.

Other states, also rich in natural resources, in fly-over country and the Bible Belt, would be excellent additions as well. Florida, of course, is a gimme. Alaska and Hawaii are possibilities too.

Right now the Dystopian States of America are too disorganized and fearful to be able to stop us but that condition won’t last forever. We have to strike while the iron is hot.

That time is now.