So say all the polls and pundits. People are angry about being lied to and manipulated by unscrupulous politicians, activists, the Mafia media, and Big Tech. Their patience is worn thin by cancel culture, sexual grooming of their children, mandates, shutdowns, lockdowns, inflation, shortages, wars and rumors of wars, the blame game, pervasive perversion wherever you go, and the demonic inversion of good and evil.

Therefore . . . November is going to see a huge red wave washing away all the Democrats and filling elected positions to overflowing with Republicans.

Really? Slow down there, Hoss.

It seems to me we’ve heard this story before during the 2020 election cycle. Remember that one?

Biden couldn’t get more than a hundred people to show up for an anemic event where everyone sat in chairs surrounded by painted circles on the floor or ground, while Trump rallies were filled with overflowing, energetic, pumped up crowds and standing room only. Excitement was in the air and everyone assumed a tidal wave was going to usher Trump into a second term with long coattails filling Congress with his Republican allies.

Remember how it actually turned out?

The Democrats, diabolically evil to the core, pulled every dirty trick in the book to steal the election right out from under us in full view of God and everyone. Then, they turned around and lied through their teeth to claim it was the cleanest, most secure election in history. The Mafia media, full of the same malevolence, faithfully echoed their unjust boasting and claimed that anyone who objected was a white supremacist, domestic terrorist, Nazi, racist, blah, blah, blah, fill-in-the-blank with your favorite insult. On January 6th, people who wanted to protest the obvious law breaking in the election, were welcomed into the Capital building then, thrown into prison without benefit of due process, justice, or any attempt at finding out the truth. In the final insult, courts, bought and paid for by Satan, used technicalities to refuse to hear any lawsuit about it despite mountains of evidence.

The Song Remains the Same

Now, two years later, the same song is being played all over again.

Nothing has changed. The Marxist Democrats are still rotten and evil to the core, the media still resembles the Mafia more than a free press which is why I call them the “Mafia Media”, most Republicans in office are still RINO’s, the fear of God (which gives birth to heavenly wisdom) is fainter than ever, and lawlessness is rampant across the land. 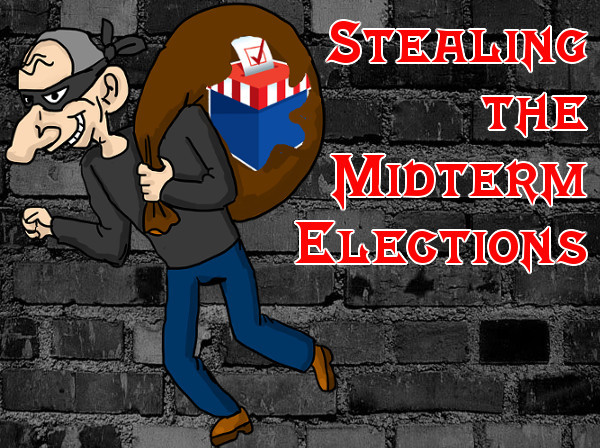 As a result, I’m emboldened to go out on a limb and make a prediction: there isn’t going to be a red wave.

There isn’t going to be a red wave this November because the arrogant Democrats and their sycophants in the Mafia media are going to steal the midterm elections. Their evil is unlimited, they are all in for the mantra “by any means necessary”, and the milquetoast sensibilities of the RINO’s are too weak and ineffectual to permit them to stand up on their hind legs and fight back; the John Wayne days are gone. The fiendish Democrats are on the cusp of attaining total power and they won’t let a little thing like the law stand in the way of them getting it.

Although it’s tempting to rely on polls and punditry to deny what’s coming, the fact is, the parasitic Democrats will steal the midterm elections. At this point it would take a literal miracle by Almighty God to stop it and given the way America has turned its back on Him, I don’t think we can count on Him to save us this time. Therefore, the only question remaining is how the godless Democrats will do it and how widespread it will be. Even in red states with a heavy preponderance of Christians, conservatives, and Republicans, most of the bureaucrats involved with the minutia of running the elections are twisted Democrats or their sympathizers.

Lawlessness of the sort we’ve seen with the baby-killers protesting against the presumptive overturning of Roe v. Wade will be their modus operandi this November.

There are a number of methods available to them and they’ll probably use some combination of them to achieve their satanic goal of absolute power. We’ve seen them use these methods before and they might even invent some new ones – evil never sleeps.

There won’t be any Zuckerbucks going to bureaucrats this time but nothing says Mark Zuckerberg and other Marxist millionaires and billionaires won’t send floods of money to activist groups and individuals to accomplish the same thing using slightly different methods.

Ballot harvesting laws still exist in many places and laws to prevent drop box funny business as documented in 2000 Mules are still scarce as hens teeth, therefore we can expect to see a repeat of what happened last time.

Voter intimidation, with baton wielding thugs threatening voters, has worked for the Frankenstein monsters on the left before so they’ll probably try it again this November in districts that lean Republican. The Left isn’t even ashamed of these tactics by the way, some of them actually brag they’re protecting “democracy” even though America never has been and is not a democracy. It’s a Constitutional Republic, a completely different animal. 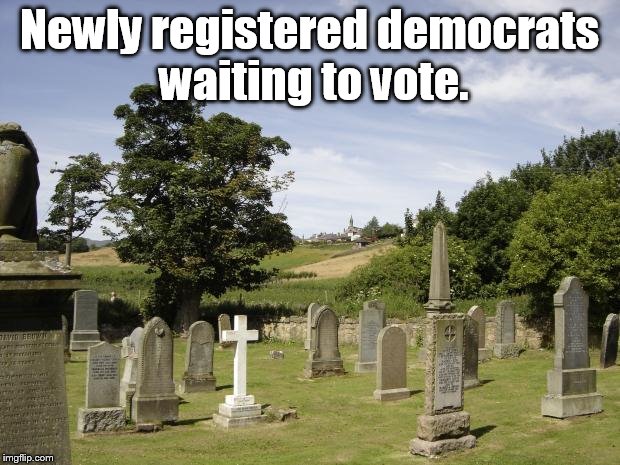 Graveyard votes and multiple/duplicate votes are old hat to the depraved Democrats so you can expect to see more of it this time, along with legal-ish methods of trying to prevent Republicans from voting or having their votes counted at all.

And naturally, the courts for the most part are still bought and paid for by Perverts Inc. so we can expect them to reject any and all attempts by the good guys (that’s us) to protest and file lawsuits against their fiendish methods and despicable results.

If that isn’t enough, Biden is oddly optimistic about the Democrats showing in the midterm elections according to an article on PJ Media. He claims they’ll hold onto the House and pick up four seats in the Senate. That’s a fairly specific claim. Given his horrible drop in the polls and the associated fallout that normally befalls the President’s party when he slides in the polls, why would the mental midget in the White House be optimistic about anything, let alone the Democrats chances in the upcoming election? Unless, he knows something and shot his mouth off when he shouldn’t have. Remember on October 26, 2020, barely two weeks before the election when he claimed on video to have put together “the most extensive and inclusive voter fraud organization in the history of American politics”? The Mafia media tried to spin it as simply another one of his “charming gaffes” but subsequent events proved the Democrats did have an extensive and inclusive voter fraud organization. Now he’s making what should be outlandish claims about the midterms but given what happened last time, can you be certain he didn’t accidentally say the quiet part out loud?

To Hell With the Law

Contempt for the law is the underlying morality of the Dracula Democrats. They don’t care about law-and-order, right and wrong, good and evil, and they especially don’t care about your opinions, needs, desires, or rights. They want what they want and they want it now. And nothing, absolutely nothing is going to get in their way. They want power and come hell or high water, they intend to get it.

Now, in all honesty I have to pause and admit, “All of the foregoing could be wrong.” If it is, I’ll freely admit it and apologize.

But what if this prediction is correct? What if they do steal the midterm elections?

What will you do after it’s already too late?